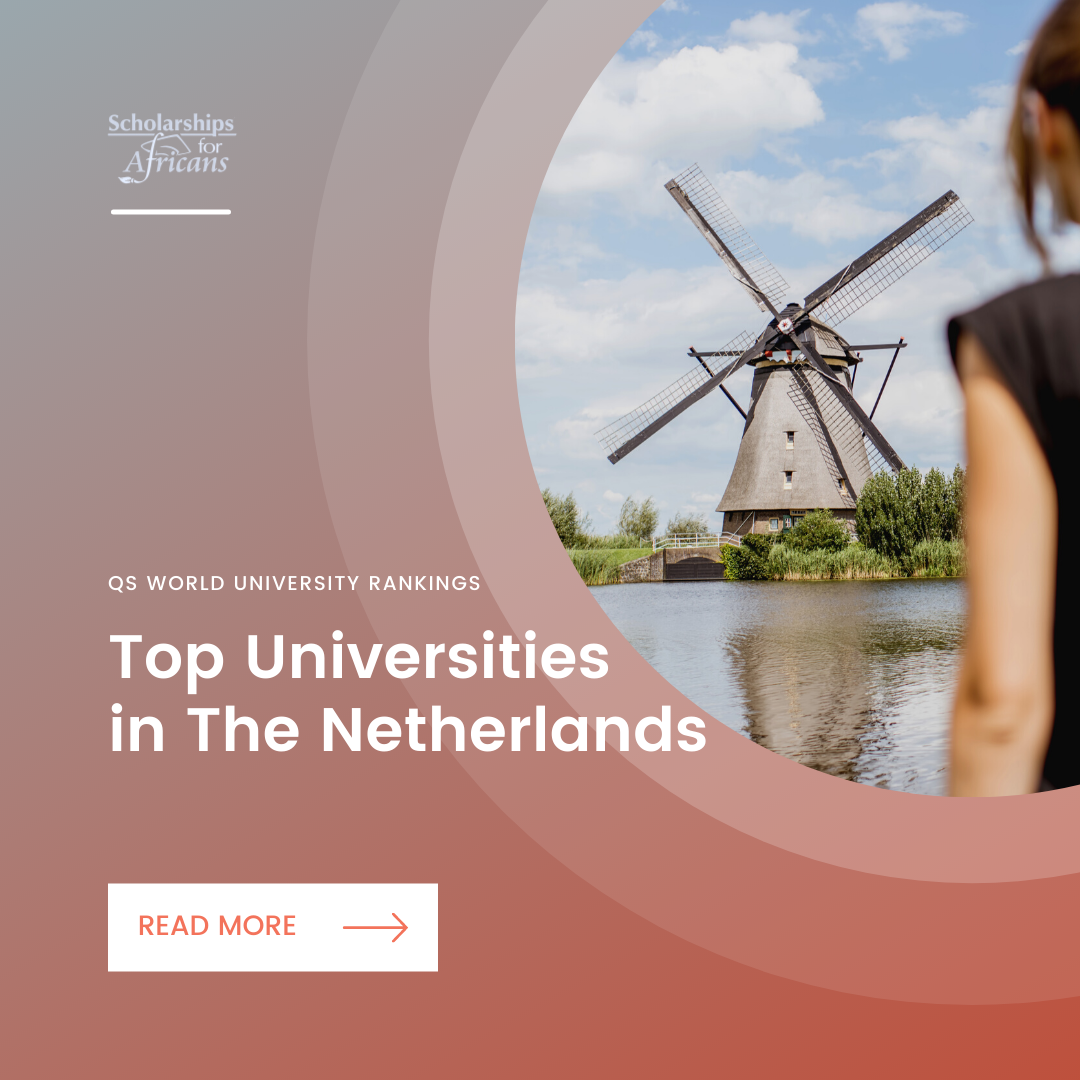 Discover the top universities in The Netherlands according to the QS World University Rankings 2021 below!

During the academic year 2016-2017, The Netherlands has hit an all-time record with more than 112,000 international students. Ever since, the country has become a growing study destination for learners worldwide.

| ALSO READ: The Netherlands as a Study Destination

Why Study in The Netherlands?

One out of 10 students in The Netherlands is an international student. This comes as no surprise since Dutch universities offer the largest number of English-taught programs in continental Europe.

The impressive standing of the Netherlands in global university rankings is one effect of how the Dutch internationalized their university system, making them one of Europe’s leading countries for international education.

When you factor in the relatively favorable tuition rates, it will be easy to see what makes The Netherlands a popular choice for international study.

This year’s QS World University Rankings features 13 Dutch universities— all of which landed a spot within the world’s top 350.

If you’re considering studying in The Netherlands, Scholarships for Africans has listed the Top 10 Dutch universities you might want to check out below:

With a multidisciplinary approach and flexibility in learning, Radboud has attracted an international network of students and partners alike. Students from the university are given broader career prospects, quality services, and world-class facilities to improve their post-study ventures.

Located at Enschede, the University of Twente is a research university where technical developments and their importance to individuals and society are at the forefront.

Erasmus University Rotterdam is one of the biggest universities in The Netherlands. A unique institution based on the concept of a “multicultural classroom”, Erasmus currently has over 5,000 international students out of its entire population of 23,000.

Furthermore, the university presents different types of scholarships and financial aid based on students’ needs. It also offers guidance for students who are eligible for grants offered by the Dutch government.

With over 30,000 students currently being catered, the University of Groningen is not just an internationally acclaimed institution. It is also a pioneer university across several milestones.

With its strong position in international education rankings, the University of Groningen has gained attention from both students and partner institutions alike.

Leiden University is the oldest university in The Netherlands. It distinguishes five broad clusters of science areas and one overarching research theme. Additionally, the university has seven faculties and a campus in both Leiden and The Hague.

Over the course of 446 years of teaching tradition and innovation, Leiden University has produced 16 Nobel Prize winners. Currently, they are housing over 31,000 students from across 130 countries.

Utrecht University also belongs among the oldest and most prestigious universities in The Netherlands. Established in 1636, Utrecht has served as a consistent cradle of excellence throughout the decades. It claims 12 Nobel Prize and 19 Spinoza Prize laureates among its students and staff.

Furthermore, the institution creates challenging programs for groups of extra-talented and motivated students, in order to meet the international need for outstanding graduates.

Other than having earned a reputation in the fields of engineering and technology, the Eindhoven University of Technology is also among the world’s leading universities for architecture.

Moreover, the university conducts high levels of research and is located in close proximity to several tech-focused companies, including Philips, ASML, and DAF.

Wagningen University & Research is one of the leading international universities in the field of healthy food and living environment. The university currently offers 6 bachelor’s programs, 30 master’s programs and 3 online master’s.

Furthermore, the institution has been dubbed as the world’s best in the field of Agriculture & Forestry according to the QS World University Rankings. Wageningen has also been voted as the number 1 university in the Netherlands fifteen years in a row.

The University of Amsterdam is one of Europe’s most prominent research-led universities. 39,000 students from over 100 countries study a vast range of subjects from media, psychology, and business to artificial intelligence.

It strongly emphasizes an international outlook, to prepare students for the global job market. Furthermore, the institution encourages students to gain international experience.

UvA’s number of international students is currently on the rise and, in effect, the university is creating a growing number of joint degrees with leading international partners.

Delft University of Technology offers 16 bachelor’s programs and over 35 master’s programs in the fields of science, engineering, and design.

In particular, the institution excels in a number of STEM subjects, such as: