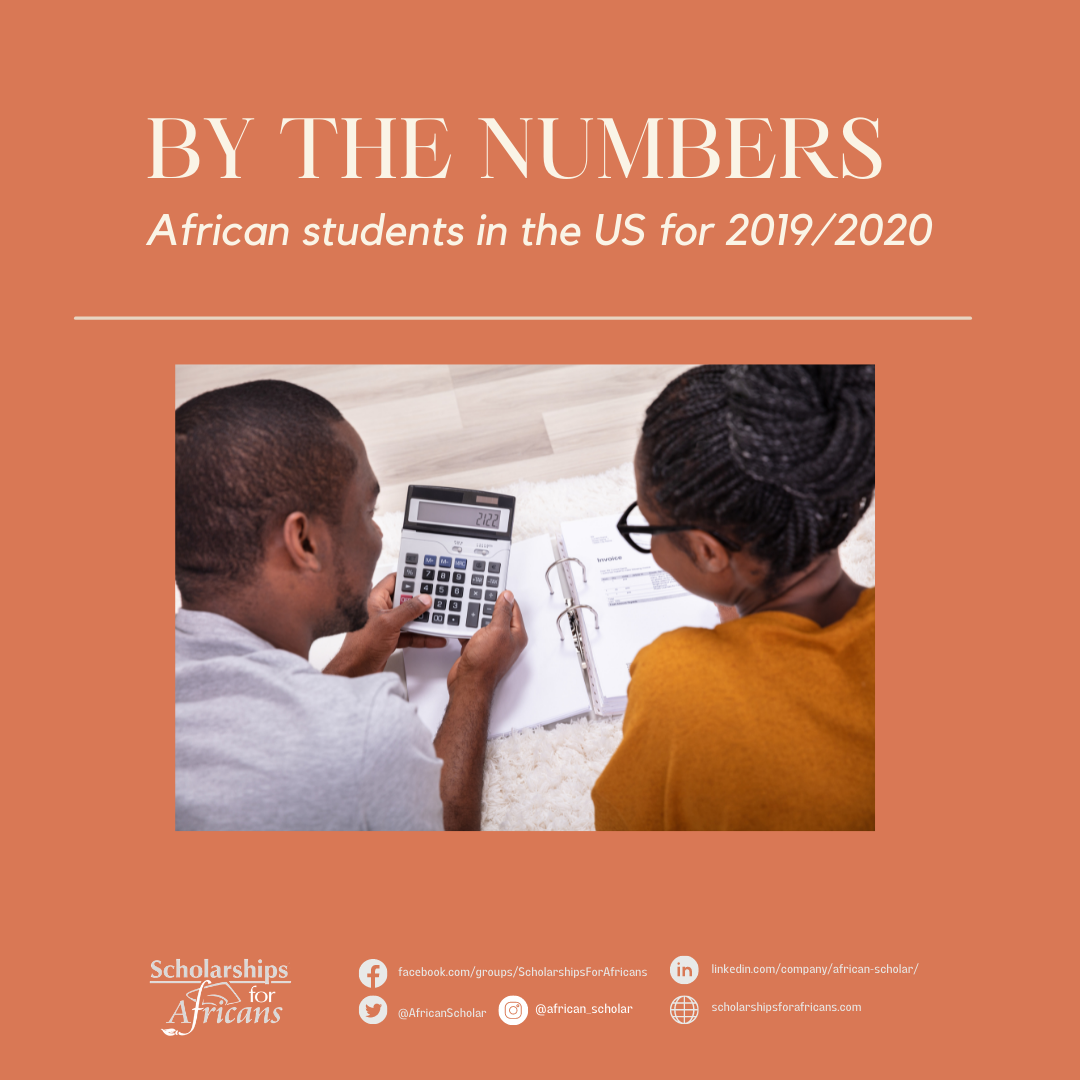 African students make up 4.5% of the international student population in America for the Academic Year 2019-2020 alone, as per a survey conducted by Spanish Studies Abroad.

Among the African countries, which do you think holds a record five-digit number of students in the US?

Over the last two decades, the number of African students seeking degree programs in the United States has increased. By the 2015-2016 school year, the overall number of overseas students in the country had risen to almost one million, peaking at 1,095,299 in 2018-2019.

The Institute of International Education’s Open Doors recalls a total of 1,075,491 international students during the Academic Year 2019-2020, bringing the number of African students in America at 48,397.

The higher numbers by nationality are often found in Africa’s most populous countries, with a slight preference for former British colonies such as Nigeria, Ghana, and Kenya. Furthermore, eight of the Top Ten countries in the most recent school year showed increase when compared to 2010/11; only Kenya and Rwanda are exceptions. Over a ten-year period, Nigeria’s increase in the number of students in the United States accounted for over half of the region’s growth.

The survey concludes that Africa has seen both a growth in its interest in US education as well as the USA’s willingness to issue student visas. “When data are available for the 2020/21 school year, there will be a lower number for the first time in nine years due to travel restrictions and limited consular services. Nevertheless, the data indicate that there is a growing demand for US education on the African continent and so numbers will likely rebound in upcoming years post-COVID,” the survey stated.

One thought on “African students in America by the numbers: Which African country has the highest number of international students?”