The Most African-Friendly Schools in the US 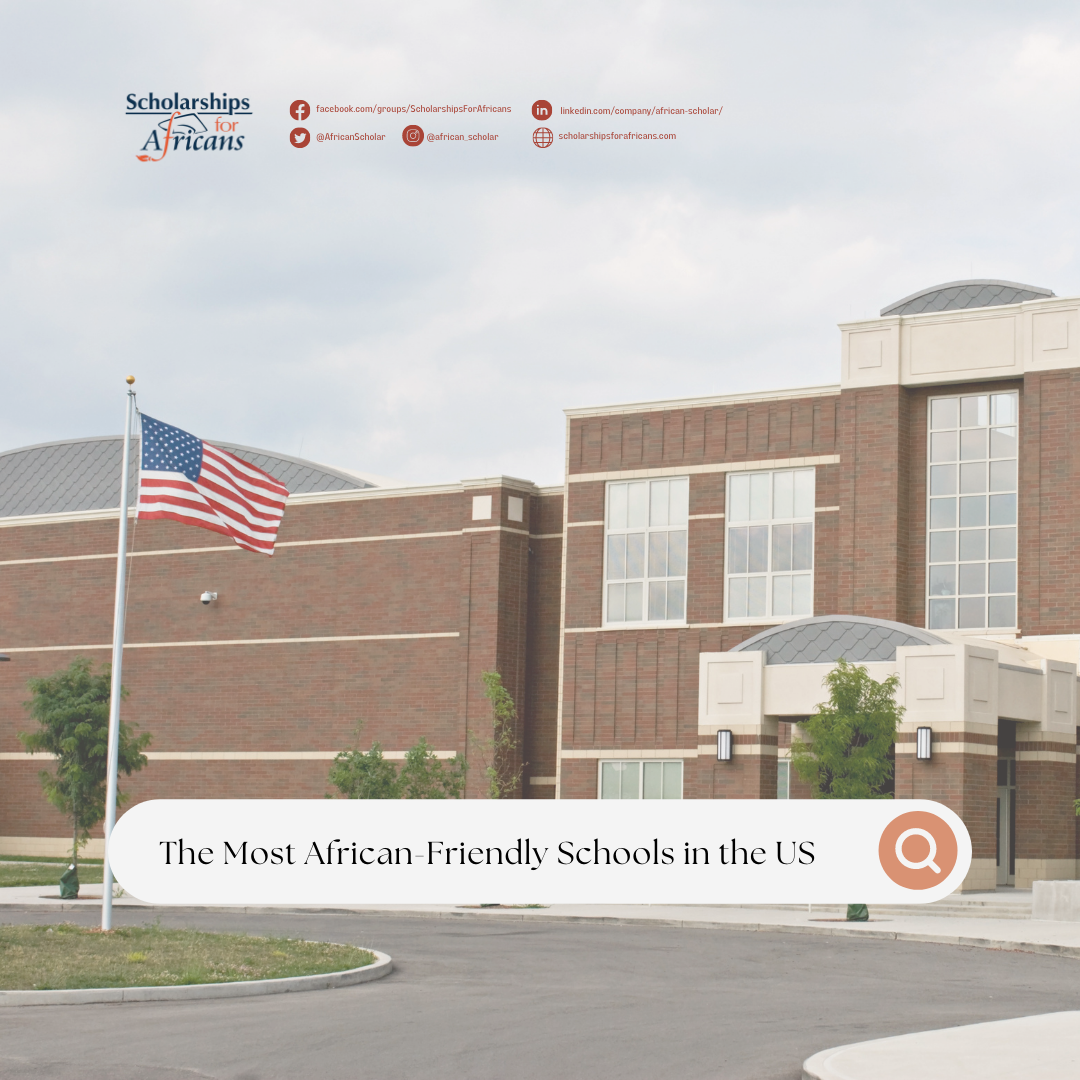 The most recent data from the National Center for Education Statistics reveals that there are over 6,000 colleges and universities in the United States. Other than quality education, another major factor that international students consider is how diverse and friendly an institution can be.

In light of racial discrimination and other related issues faced by minorities in the US today, choosing an international student-friendly college can help ease your academic journey.

“Students educated in racially and ethnically diverse settings do better academically and achieve greater professional success than counterparts from more homogeneous learning hubs,” according to Best College Reviews. The benefits of a multicultural education go far beyond the classroom and into the workplace.

With that said, here is a list of Scholarships for Africans’ top choices for the most African-friendly US schools:

Stanford University is one of the world’s most prestigious research universities, having been founded in 1891. There are cultural and ethnic clubs at the institution that will suit your social needs as an African living abroad. Stanford thrives on the words of its founder, Jane Stanford, who urged that the deserving and extraordinary be given a chance to succeed.

Within the three academic schools and four professional schools, there are 700 significant university buildings that house 40 departments, as well as 18 independent laboratories, centers, and institutes.

Stanford has a community of 21 Nobel laureates, as well as a slew of well-known alumni from the fields of business, politics, journalism, athletics, and technology.

The University of California, Berkeley, is a world-renowned institution that emphasizes the diversity of all races and nationalities. A multicultural center, multicultural education program, African American student development center, Gender Equity, and staff diversity efforts may also be of interest to you.

In the fields of physics, chemistry, and economics, Berkeley faculty have received 19 Nobel Prizes. Last year’s Nobel Prize winners include Saul Perlmutter, who led a team that discovered the universe expanding faster than expected in 2011, suggesting the existence of dark energy that makes up up to a quarter of the universe’s mass; and George Akerlof, who won the 2001 Nobel Prize for Economics for demonstrating how markets fail when buyers and sellers have different information.

As a faith-based institution, Andrews University offers its students “distinctive ethnic and cultural diversity opportunities that equip them to understand better, serve and change the world around them in God-centered, thoughtful and meaningful ways.”

Andrews University is a private university located in Berrien Springs, Michigan.  It is the Seventh-Day Adventists denomination’s first and most well-known university, as well as one of the state’s largest evangelical higher education institutions.

Andrews University offers around 130 undergraduate and 70 postgraduate majors across its eight schools. The Seventh-day Adventist Theological Seminary moved to Andrews during the 1960s and today the seminary is well recognized as a training ground for ministers of the Adventist church.

Its motto is: ‘Seek Knowledge. Affirm Faith. Change the World’. It describes itself as “a place where our students can explore their futures to best understand and pursue God’s plans for their lives”.

Georgia State University is one of the largest public universities in America. It comprises a large population of more than 32,000 students. Statistically, the population is 40.8% African-Americans, 28.8% Whites, 11.9% Asians, and 9.3% Hispanics/ Latinos. Furthermore, the university boasts of a range of scholarship programs for minority groups. They also have a multicultural center dedicated to education about diversity.

Largely regarded as a business capital, the city of Atlanta enables GSU students to take advantage of a wide range of employment and networking opportunities. Included in its 180,000 strong network of alumni is Academy Award-winning actress Julia Roberts and American rapper Ludacris.

The University of Houston’s student body is the second most ethnically diverse of all major research universities in the US, according to the university, hailing from 137 nations. It has some 500 student organizations and 16 intercollegiate sports teams, with about 6,000 students living on campus. Of its alumni, about 63 percent live in the Houston area and 75 percent live in the rest of Texas.

The institution is located in Houston, Texas, which is the country’s fourth-largest city. Each year, the University of Houston educates about 50,000 students through a mix of online and on-campus courses, of which roughly 300 are offered. Furthermore, it awards more than 8,000 degrees to its 230,000 graduates annually.

One thought on “The Most African-Friendly Schools in the US”