BY THE NUMBERS: Student Athletes in the US 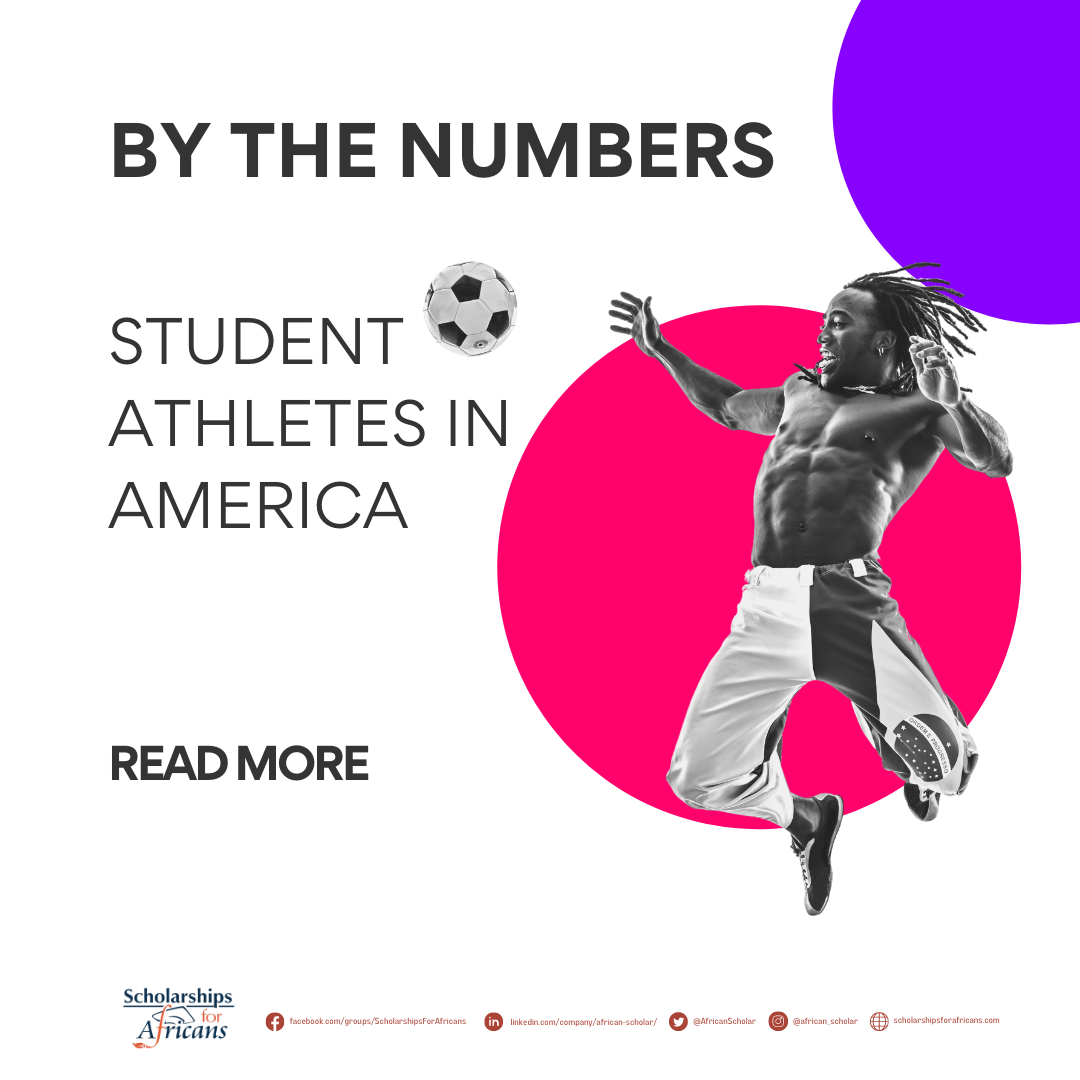 Student athletes make up a vast majority of the entire student population in the US. Involvement in competitive sports help train students for leadership roles and can also be a deciding factor for their future career trajectory. But how much has changed in the landscape in recent years?

In this report, Scholarships for Africans updates you on statistics and demographics of student athletes.

According to reports from the National Collegiate Athletic Association (NCAA), in practically all sports and demographics, Division I student-athletes improved their graduation rates, with African-Americans in all sports seeing a 3 percentage point improvement, contributing to a record-breaking 87 percent graduation rate.

77 percent of African-American collegiate athletes, up from 74 percent previous year, obtained their bachelor’s degrees. Since 2002, the rate has increased by 21 percentage points.

“At a historic rate, student-athletes are achieving their academic goals and obtaining degrees,” NCAA President Mark Emmert stated. In all sports, the tremendous increase in the graduation percentage of African-American student-athletes is a significant achievement, and our players and member institutions should be proud of their accomplishments.” All of the NCAA’s academic policies and programs are designed to help students prepare for for life after college, and graduation is integral to this success.”

Meanwhile, as per the most recent NCAA Academic Success Rate data, Division II student-athletes have increased their graduation rates.

Division II vice president Terri Steeb Gronau remarked, “Students in Division II continue to thrive in the classroom, on the field of play, and in their communities.” “We are happy of the efforts of Division II student-athletes and schools to prepare kids for life success, and we are proud of their accomplishments.” from 2007 to 2010, the most recent data available.

Division II’s ASR is similar to Division I’s Graduation Success Rate, in that it includes transfers into a school in the calculation, but removes students who left school while academically eligible. Because of the division’s partial scholarship financial aid model, the ASR also includes the more than 36,000 nonscholarship student-athletes who enrolled from 2007 through 2010, the four years covered in the most recent data.

It is comparable to Division I’s Graduation Success Rate and Division II’s ASR in that it incorporates transfers in the calculation and accounts for students who left school while academically eligible, and is now in its ninth year of evaluating graduation rates.

Based on a representative sample of 200 schools who participated in the voluntary reporting program in the 2016-17 academic year, the Division III national four-year average ASR is 87 percent.

There are more than 460,000 National Collegiate Athletic Association student-athletes, and most of them will go pro in something other than sports. Surveys from online career platform Zippia, however, records only 6,990 student athletes currently employed in the United States.

54.4% of these athletes are men, 40% are women, and 9% are part of the LGBT community. Majority of the student athletes are located in California and New York.

One thought on “BY THE NUMBERS: Student Athletes in the US”