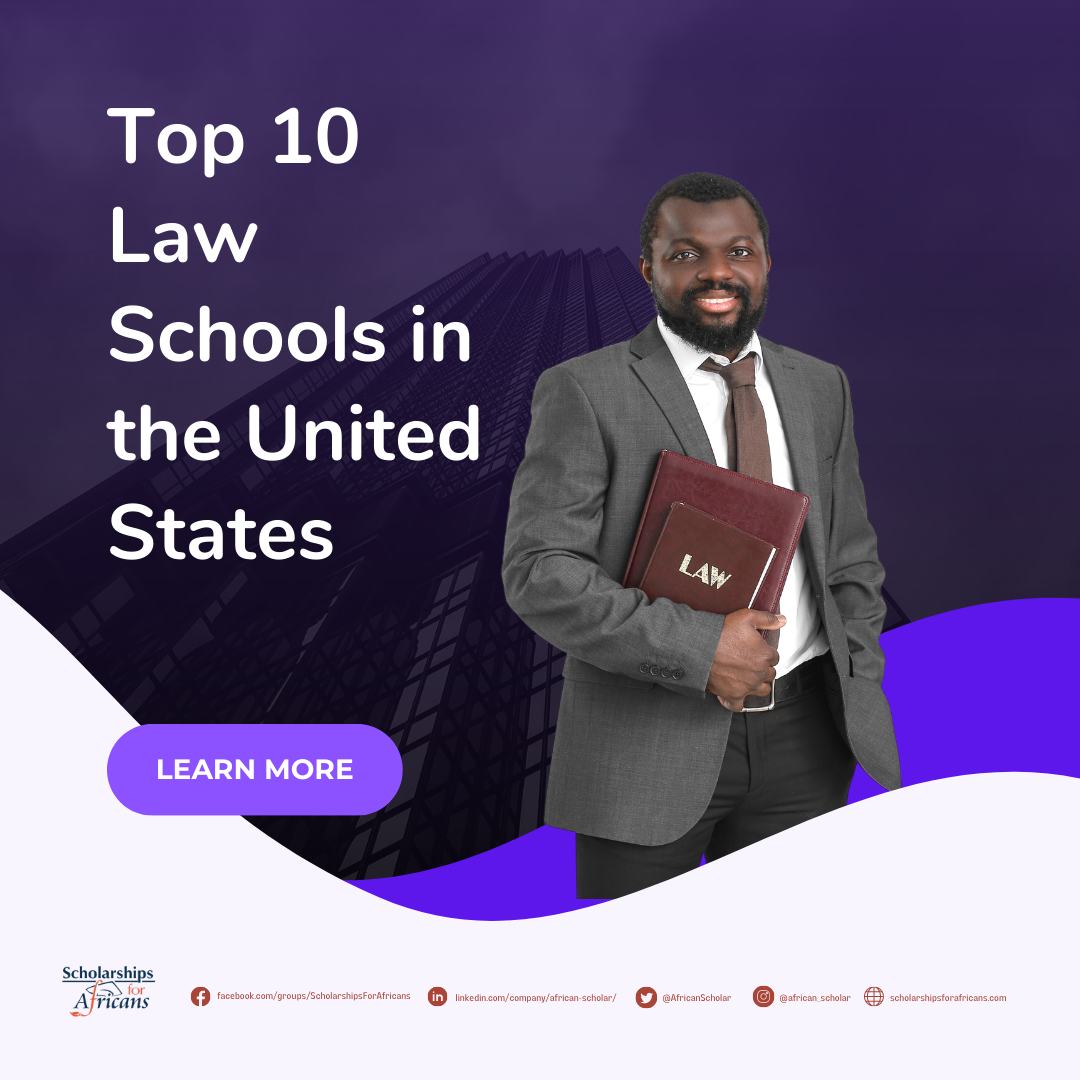 Law is a competitive and prestigious degree within and even outside the United States. However, studying law in the US is different compared to other countries. For one, it is a professional academic field considered to be the equivalent of a graduate degree in other parts of the world.

Law schools in the US are part of public or private universities that grant Juris Doctor (J.D.) degrees. It has a duration of three to four years, depending on whether students choose to pursue it full-time or part-time.

International students by the thousands apply to study law in the USA every year, but not everyone is given the opportunity to pursue it. One significant factor that comes into play is choosing a law school that’s the right fit for you.

For instance, many Ivy Leagues, such as Harvard, Yale, and Columbia, are located in the northeastern United States and are considered the best in the country for the esteemed.

Attending one of these schools gives you the advantage of being internationally acknowledged as the cream of the crop, improving your chances at landing good jobs at well-known law firms and companies in the future.

This is why Scholarships for Africans has rounded up its list of Top 10 Law Schools in the United States to help you make the right decision.

Since its founding in 1701, Yale has been dedicated to expanding and sharing knowledge, inspiring innovation, and preserving cultural and scientific information for future generations.

To study at Yale is to join great company: four Yale graduates signed the American Declaration of Independence, and the university has educated five US presidents: William Howard Taft, Gerald Ford, George H. W. Bush, Bill Clinton and George W. Bush. It is rightly regarded as one of America and the world’s most prestigious universities, with competition to be admitted as fierce as it gets.

Stanford University, located between San Francisco and San Jose in the heart of California’s Silicon Valley, is one of the world’s leading teaching and research universities. Since its opening in 1891, Stanford has been dedicated to finding solutions to big challenges and to preparing students for leadership in a complex world. The university counts 19 Nobel laureates within its community and is regularly ranked among the top three universities in the world. Stanford’s campus is now a thriving community of more than 11,000 creative and accomplished people from around the world. Nearly all undergraduate and 60 per cent of graduate students live on campus, so it is hardly surprising that student life is rich and diverse, with over 625 organized student groups.

Harvard University is devoted to excellence in teaching, learning, and research, and to developing leaders in many disciplines who make a difference globally. The University, which is based in Cambridge and Boston, Massachusetts, has an enrollment of over 20,000 degree candidates, including undergraduate, graduate, and professional students. Harvard has more than 360,000 alumni around the world.

Columbia University is one of the world’s most important centers of research and at the same time a distinctive and distinguished learning environment for undergraduates and graduate students in many scholarly and professional fields.

With an undergraduate acceptance rate of 5.8 percent, Columbia is currently the third most selective college in the United States and the second most selective in the Ivy League after Harvard. It also runs the highly distinguished Pulitzer Prize, an annual award for achievements in journalism, literature and musical composition.

The University of Chicago is an urban research university that has driven new ways of thinking since 1890. Our commitment to free and open inquiry draws inspired scholars to our global campuses, where ideas are born that challenge and change the world.

Since its founding in 1831, NYU has been an innovator in higher education, reaching out to an emerging middle class, embracing an urban identity and professional focus, and promoting a global vision that informs its 19 schools and colleges.

With its arts and sciences programs ranking in the top 10 nationally, and the employment prospects for its students among the brightest, there is little doubt that the University of Pennsylvania deserves its Ivy League status and reputation. Penn boasts one of the highest numbers of graduates who go on to become Fortune 500 CEOs.

As of fall 2017, there were 21,599 students studying at Penn, split equally between undergraduate and graduate students. Penn has a strong focus on interdisciplinary learning and research, offering double degree programs, unique majors and academic flexibility. This means competition to study at Penn is fierce, particularly at undergraduate level. The admission rate for the class of 2021 was 9.3 percent, of which 46 percent were either black, Hispanic Asian, or Native American. Unusually for an Ivy League school, women comprise over half (54 percent) of all students enrolled.

The University is an iconic public institution of higher education, boasting nationally ranked schools and programs, diverse and distinguished faculty, a major academic medical center and proud history as a renowned research university.

The University of California was founded in 1868, born out of a vision in the State Constitution of a university that would “contribute even more than California’s gold to the glory and happiness of advancing generations.”

Younger than most other prestigious U.S. research universities, Duke University consistently ranks among the very best. Duke’s graduate and professional schools — in business, divinity, engineering, the environment, law, medicine, nursing and public policy — are among the leaders in their fields.