Top Universities in Switzerland According to Times Higher Education 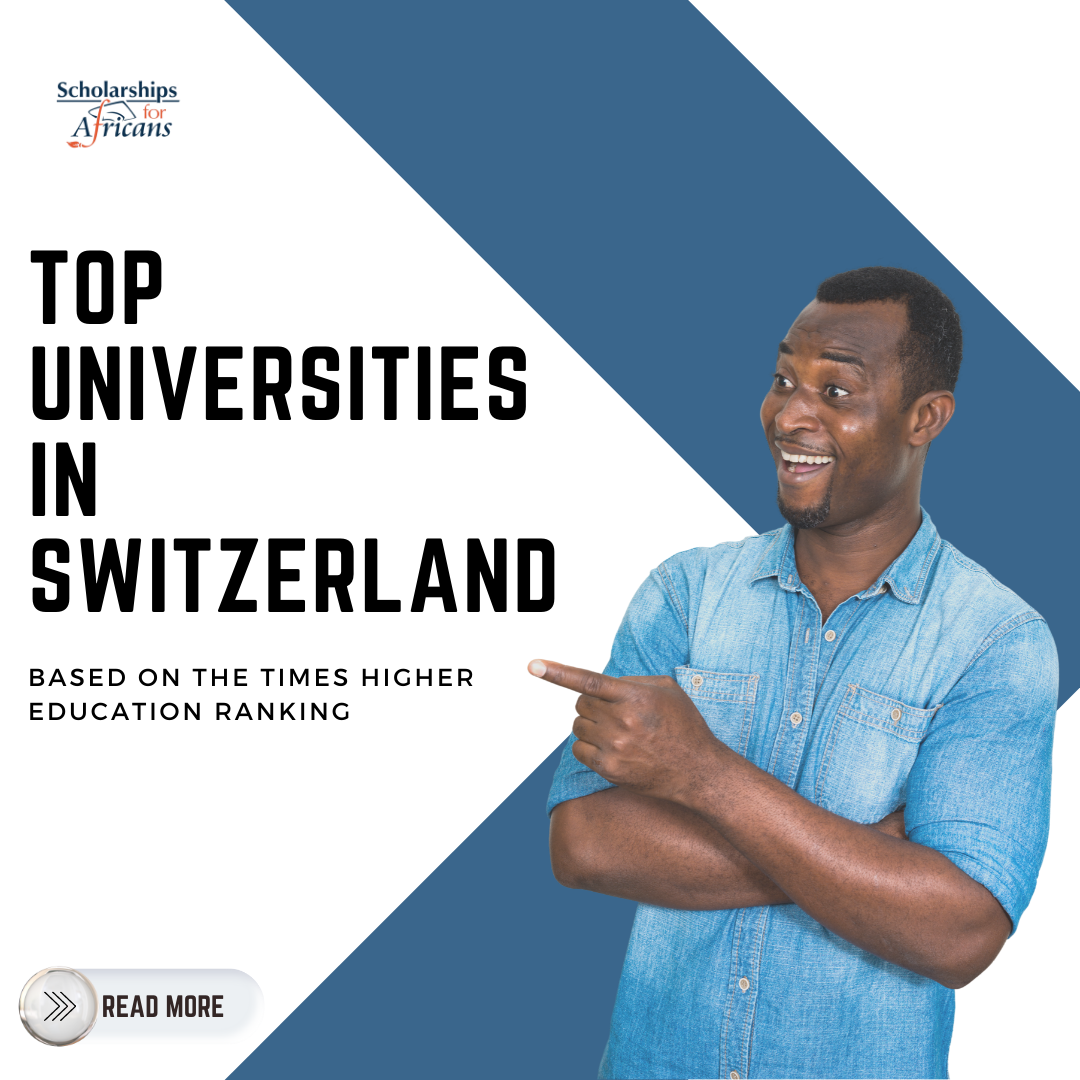 Switzerland is not only known for its delicious chocolates and the craftsmanship of its watches. They’re also a great option for studying abroad.

With only around eight million inhabitants, Switzerland has one of the most powerful economies and educational systems globally.

In particular, Swiss universities excel in the fields of physics, physiology, and chemistry.

With 11 of its 12 universities featured in the World University Rankings (all in the top 500), there are a number of great institutions that students can choose from that all have high numbers of international students among the student body.

Here are the top picks for Scholarships for Africans, based on the Times Higher Education ranking:

Switzerland offers over 3,000 degree programs with 700 in English. Their universities offer good quality education despite its relatively costly living expenses.

EU and EEA students do not require a visa to study in Switzerland, and students from elsewhere will need to apply for a visa, leaving a few months for the process to complete.

Studying in Switzerland is a good option if you’re looking to expand your language skills in one of its four main tongues, namely: French, German, Italian, and Romansh.

You can read through more of Switzerland’s educational pride below:

It enjoys special recognition in leading-edge disciplines, is reputed for the excellent quality of its teaching, offers a delightful setting, and a campus environment intimately linked to the social, economic, and political life of the city.

The university has had some prestigious former faculty members. Albert Einstein taught theoretical physics at the university in 1908, and the following year the Russian philosopher Anna Tumarkin became a professor (and the first European lecturer to accept PhD students).

Known as the oldest university in Switzerland, the University of Basel has seven faculties, namely: theology, law, medicine, humanities and social sciences, science, business and economics, and psychology.

An estimated 25% of its total student population is made up of international students.

The University of Zurich is the largest university in Switzerland. Undergraduate degrees are mainly taught in Swiss Standard German, but all master’s courses are taught in English across its seven faculties: philosophy, human medicine, economic sciences, mathematics, and natural sciences, engineering, computer sciences and robotics, theology, and veterinary medicine.

Almost half of Ecole Polytechnique Federale de Lausanne’s students hail from 112 countries around the world.

It specializes in natural science and engineering and is well-regarded across the world for its research output.

The campus is located beside Lake Geneva and it is powered entirely by electricity produced by hydropower.

ETH Zurich was established in 1855 as the Federal Polytechnic School and has since become one of the world’s most prestigious science and technology universities.

The university has produced over 20 Nobel Prize Laureates, including Albert Einstein – one of the most influential and well-known scientists of modern times.