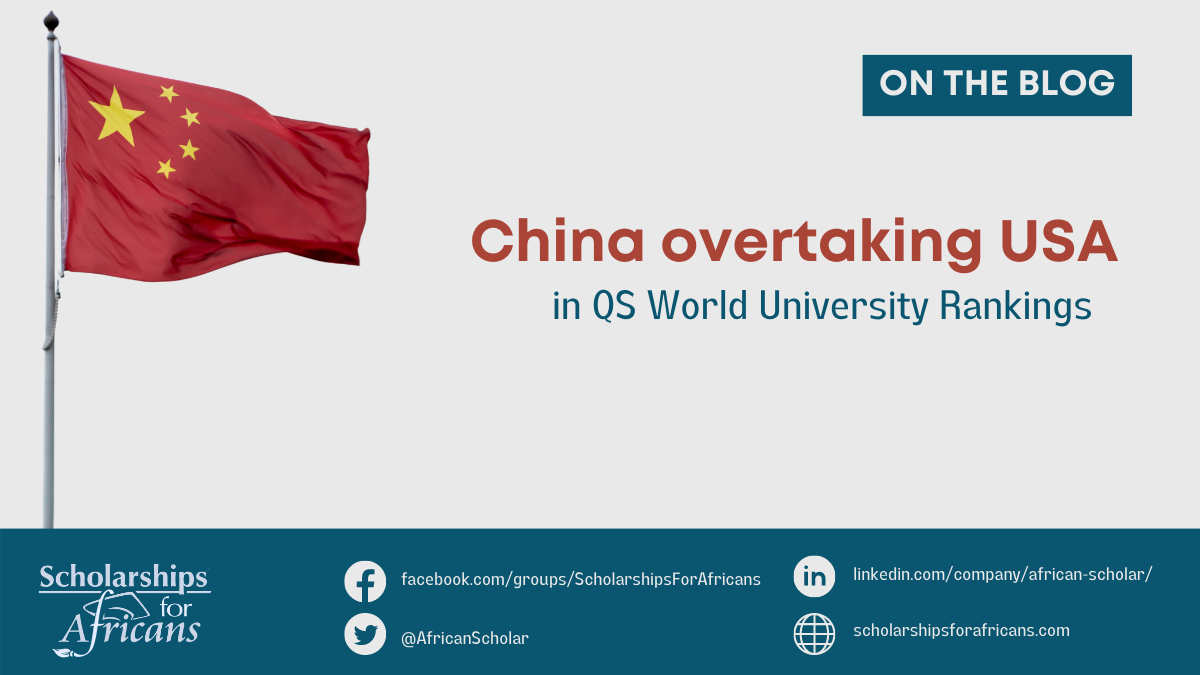 Chinese universities for international students are steadily gaining ground against the US in the QS World University Rankings.

Ninety-three percent of Chinese universities rose their rankings and another 10 entered the top 2,000.

While Harvard University has been named the world’s best university for the 10th year in a row and US still claims eight out of the top 10 spots, only 69 US universities have improved their ranking.

Furthermore, 22 US universities have maintained their position, 256 dipped in rankings, and 10 fell out of the top 2,000 altogether.

On the other hand, China currently has 277 universities in the top 2,000 ranks. Tsinghua University, scoring the relatively modest 58th spot, is China’s top ranked institution.

The country is expected to overhaul the US, which currently hosts 347 top universities, in five years’ time.

Observations of development within Chinese institutions

The overall improvement of Chinese universities for international students stem from its Double First-Class University Plan, stated Dr. Nadim Mahassen, the president of the Center for World University Rankings (CWUR).

Under this scheme, China’s universities have invested more in competitive US and UK-based researchers to aid in their education.

The United Arab Emirates-based CWUR’s findings follow the pattern of more influential versions in describing a long-term trend of China’s advance while the U.S. declines.

“The United States is still the dominant force in higher education,” observed Dr Mahassen. “However, the broader story for the U.S. is more concerning, with nearly three quarters of American universities falling down the standings.”

Similar warnings are in place for the U.K., where the continued presence of Oxford and Cambridge in the world’s elite masks an overall picture of decline, with only 34 universities improving or maintaining their position, and 61 slipping back.

QS World University Rankings and CWUR on the US

The QS World Rankings is an annual publication of university rankings by Quacquarelli Symonds (QS).

It receives approval from the International Ranking Expert Group (IREG), and is viewed as one of the three most-widely read university rankings in the world, along with Academic Ranking of World Universities and Times Higher Education World University Rankings.

Meanwhile, the CWUR, a relative newcomer to higher education rankings, grades universities on four weighted factors: quality of education, alumni employment, quality of faculty and research performance, with Harvard topping all four categories this year for the first time since 2017.

Despite the disparity of name and prestige, both ranking systems agree that an educational and cultural shift is taking place, and the United States should watch out for it.

“For many years, US universities were able to attract the most talented academics from across the world, but the tide may be turning,” Dr. Mahassen said.

However, without substantial investment and the ability to attract and retain top academics, America’s decline is unlikely to be arrested, the CWUR president adds.