Chinese Universities with the Highest Number of International Students 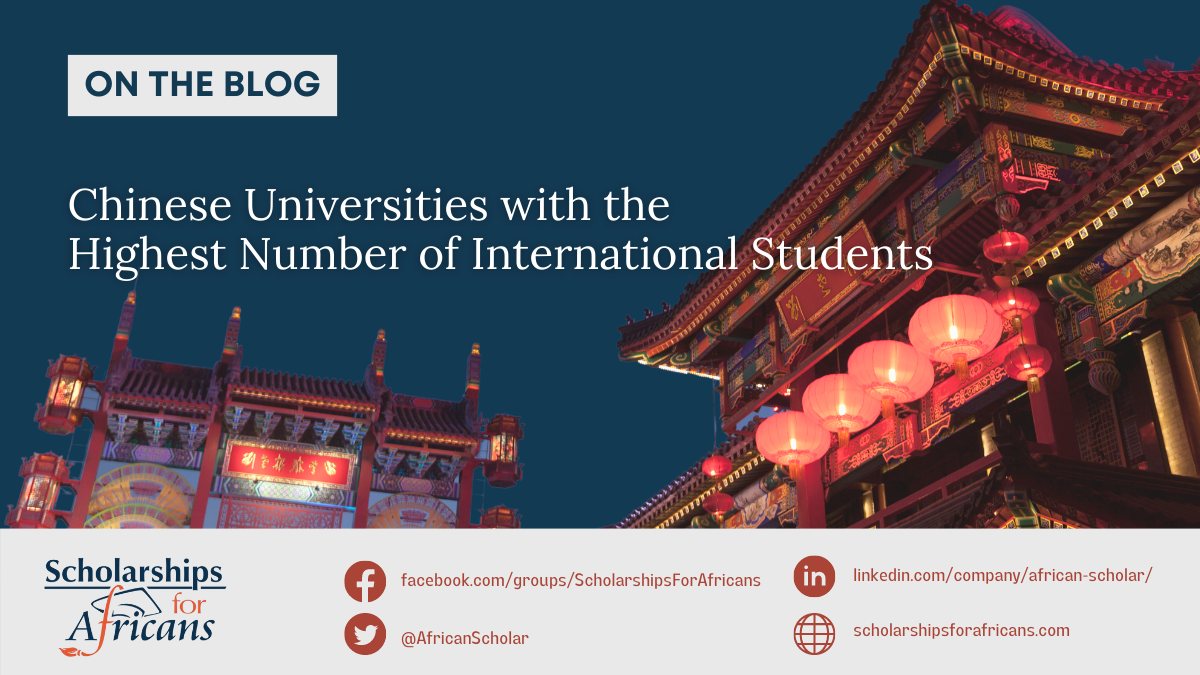 Chinese universities have become a popular option among international students over the past decade. In fact, the number of African scholars and students opting to study in China increased by 258% between 2011 and 2017, according to the international development consultancy, Development Reimagined.

In 2017, China hosted 74,011 students from 24 African countries. This figure makes up 15% of the overall 490,000 international students they welcomed that year. Ever since, the numbers have been steadily growing.

If you’re considering Chinese universities for your study abroad, then you might want to take a look at institutions that welcome a vast number of international students. By doing so, you’re making sure that the school is not only leading in standards of education but also diversity.

Here are 5 chinese universities with the highest number of international students:

The Beijing Language and Culture University (BCLU) is known as the “mini United Nations” of Chinese universities. It is also the only institution of its kind in China that specializes in offering Chinese language and culture courses to foreign students. Among its fortes are language and culture education and research, a significant academic center for Chinese and foreign language and culture studies, and the cradle for advanced international talents in China.

The University of International Business and Economics (UIBE) currently offers over 1,405 undergraduate courses, 875 postgraduate courses, and 109 doctoral courses. UIBE also boasts 15 academic schools, one graduate school, a Department of Physical Education, and a Department of Culture and Art. Furthermore, the university’s core academic areas of expertise are economics, management, law, literature, and science.

Also, the institution is a member of the C9 League, which an alliance of nine prestigious Chinese universities. Similar to the US Ivy League, these universities are committed to promoting the development and reputation of higher education in their country.

The third and last C9 League member on this list, Zhejiang University (ZJU), is a public research institution. It is considered to be one of China’s oldest, most selective, and most prestigious universities. In addition, it has 37 colleges, schools, and departments offering more than 140 undergraduate and 300 graduate programs.