Top Universities in Canada According to QS World University Rankings 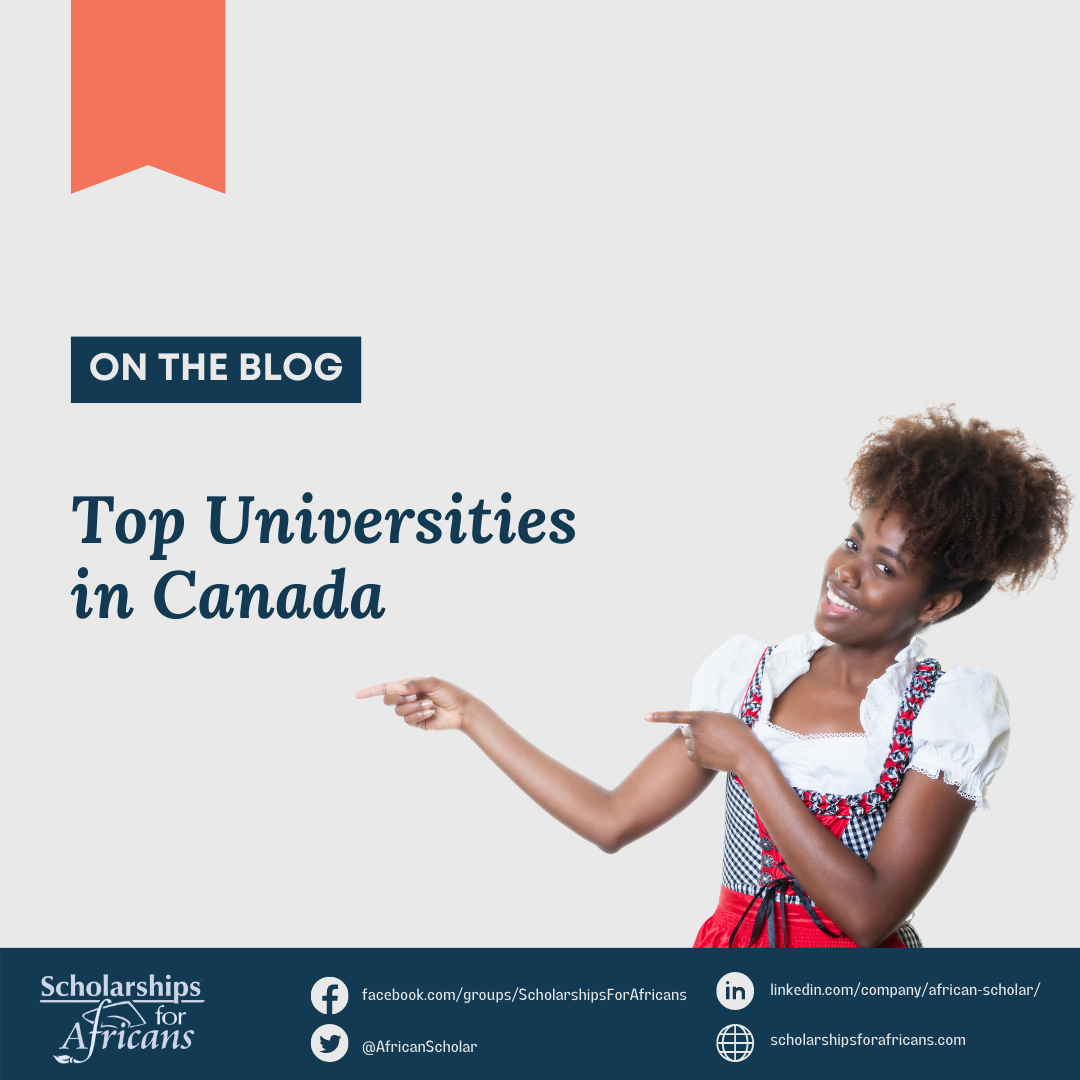 In this article, Scholarships for Africans lists the top five universities in Canada according to the QS World University Rankings 2022.

Canada is home to some of the world’s top universities. In addition, the country has been recently named by global education provider Navitas as one of the most stable and safest study destinations for international students. Therefore, it comes as no surprise that this year’s QS World University Rankings include 28 Canadian universities.

According to the Canadian Bureau for International Education’s International Student Survey, more than 90 percent of students questioned were satisfied or very satisfied with their studies in Canada, and 95 percent would recommend Canada as a study destination.

If you’re considering studying in Canada, check out the following world-class institutions:

Founded in 1827, the University of Toronto has evolved into Canada’s leading institution of learning, discovery, and knowledge creation. The institution is one of the world’s top research-intensive universities, driven to invent and innovate.

University of Toronto’s students have the opportunity to learn from and work with preeminent thought leaders through a multidisciplinary network of teaching and research faculty, alumni, and partners.

The ideas, innovations, and actions of more than 560,000 graduates continue to have a positive impact on the world.

Based in Montreal, McGill University ranks among Canada’s most prestigious universities. It has attracted thousands of international students from over 150 countries every year, and the highest percentage of PhD students of any Canadian research university.

McGill University owes its reputation to its 50 research centers and institutes, 400+ programs, rich history, and thriving alumni network of 250,000 people around the globe.

Graduates are highly sought after by employers, with the following percentages of graduates in education or employment two years after graduation:

The University of British Columbia (UBC) is recognized internationally for excellence in teaching and research as well as global impact.

Currently, it attracts, nurtures, and inspires more than 68,000 students from Canada and 140+ countries around the world. UBC’s global alumni network has more than 370,000 individuals, representing 148 countries. UBC counts 8 Nobel laureates and 71 Rhodes Scholars among its alumni, including three Canadian prime ministers.

With its affiliated schools, Polytechnique Montreal (engineering) and HEC Montreal (business), the University of Montreal is one of the largest university complexes in North America.

The University of Montreal attracts over $500 million in research funding every year, making it one of the three foremost university research hubs in Canada.

With its 13 faculties and its affiliated schools, the University of Montreal has over 66,500 students and 2,400 professors and researchers

The University of Alberta is one of Canada’s top universities and among the world’s leading public research-intensive universities. It has a reputation for excellence across the humanities, sciences, creative arts, business, engineering, and health sciences.

Home to world-leading facilities such as Canada’s National Institute for Nanotechnology and the Li Ka Shing Institute of Virology, the U of A attracts the best and brightest minds from around the globe. S

Students can choose from 400 undergraduate, graduate, and professional programs in 18 faculties. Home to nearly 40,000 students, including more than 7,000 international students from over 150 countries, the U of A fosters a supportive and multicultural atmosphere within a vibrant research environment.

Lester B. Pearson International Scholarship Program at the University of Toronto

Top Universities in Switzerland According to Times Higher Education

Lester B. Pearson International Scholarship Program at the University of Toronto